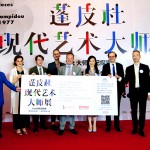 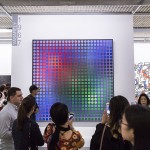 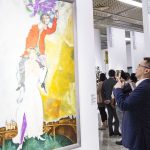 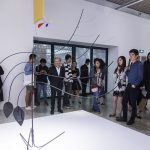 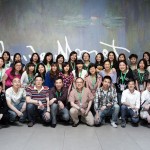 Created in 2011 in Shanghai, TIX MEDIA is a unique example of a private cultural company, specialized in the organization of Western art exhibitions in China. TIX MEDIA’s mission is to offer to the Chinese public the exceptional opportunity to discover, in China, original masterpieces from European art history. Following the model of similar companies in Taiwan, TIX MEDIA has developed an unprecedented economic model in mainland China, which has proven successful with 7 exhibitions organized in Shanghai between 2011 and 2016, including groundbreaking shows.

In 2011, TIX MEDIA organized a Picasso exhibition at Shanghai’s former China Pavilion, with works from the National Picasso Museum – Paris. In 2014, TIX MEDIA was the organizer of the Monet exhibition from Musée Marmottan-Monet, Paris, which took place at Shanghai’s K11 and received more than 350 000 visitors within 3 months.

“Masterpieces from the Centre Pompidou 1906-1977”, October 7, 2016 to January 15, 2017 at Shanghai Exhibition Center. Introduced in Shanghai and organized with the help of MB Projects. For more information on the show, please check our blog: